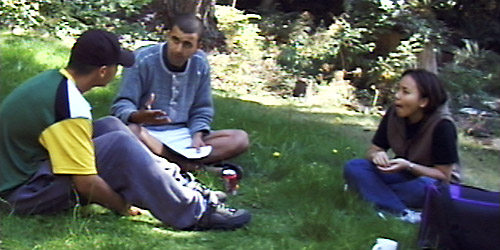 “We wanted to produce works of a high standard, both technically and artistically, in the hopes of getting our message broadcast on television.”
—Peter Campbell, Gumboot Productions Inc

The students’ film school adventure included sailing with oceanography professor Paul LeBlond, developing scripts, participating in workshops on social marketing, visual storytelling and acting. They were thrown into the action of producing their films – everything from cinematography and directing, to animation and set design, to editing and sound production – and after an intensive ten days the group emerged with 16 PSAs.

Nine of the PSAs were broadcast throughout Canada in the following months, and they continue to be requested by community groups and broadcasters from across the nation.