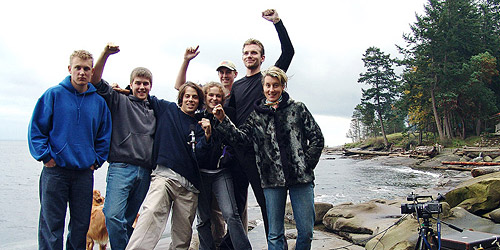 Action on Climate Change: Take Two brought together a second group of 20 film students from across Canada to the Gulf Islands Film and Television School. For this project the youth were selected through scriptwriting and participant contests which specifically targeted students in film and environmental studies. Again their challenge was to produce broadcast quality Public Service Announcements to motivate Canadians to reduce their personal annual greenhouse gas emissions by one tonne. In ten days the students had completed 11 PSAs, six of which were broadcast in 2005.